The COVID-19 pandemic has been tough on everyone, but women have shouldered the bulk of the burden at home and at work. 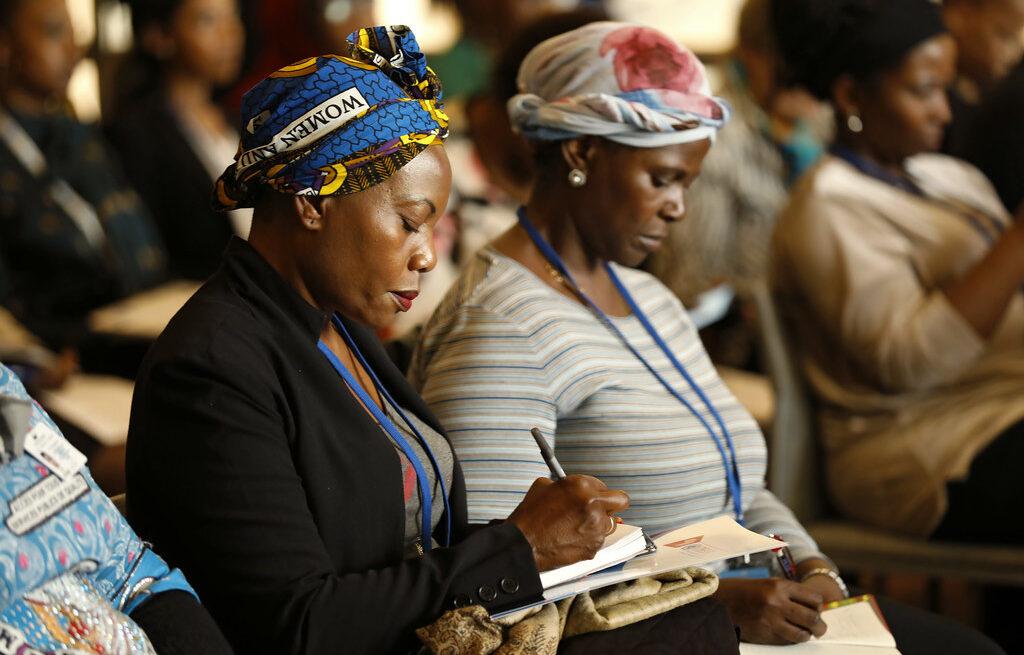 Most years, International Women’s Day offers an opportunity to focus on the progress the world has made in pursuit of gender equality. Over the past decade, we have made huge leaps around the world. But sadly, this year feels different. The COVID-19 pandemic has been tough on everyone, but women in particular have shouldered much of the burden at home and at work. Years of progress have ground to a halt or, in some areas, regressed.

As a working mother, I have often felt overwhelmed during the pandemic – and I know I am not alone in feeling this. The normal support networks – family, school, domestic support – that allowed me to progress in my career have diminished. This has caused me strain, though I am still fortunate to have a secure job and solid family support. Many are not so lucky. For them, the pandemic has led to a reversion to traditional gender roles with women taking on unpaid care work in supporting their children or elderly relatives.

At the same time, work has never been more precarious. The sectors hardest hit by the pandemic have tended to be those dominated by women, with 40% of all employed women – over 500 million globally – working in those industries. While women make up 39% of global employment, they accounted for 54% of job losses in 2020, according to McKinsey. In the UK, the charity Pregnant Then Screwed found that 15% of mothers and pregnant women have been or expect to be made redundant during the pandemic, rolling back 20 years of progress on maternal employment.

Those working in the informal economy – nearly 60% of women worldwide, and 89% in Africa – have been hit even harder. People in this category already earn less and are at greater risk of falling into poverty. During the pandemic, many women have faced the choice of breaking lockdown rules or losing their only source of income. An additional 11 million girls meanwhile have been forced to leave education to search for work. The UN predicts that the pandemic will result in a worsening of gender poverty gaps.

At the same time, a horrifying increase in violence against women during the pandemic means that nearly one in five women worldwide has experienced violence in the past year. Some women are not safe at work or at home.

No return to normal

As the roll-out of vaccines begins and life creeps back to a semblance of normality, we all have a responsibility to make sure that women don’t get left behind. We have an opportunity to re-balance gender equality at all levels. From education all the way up the corporate ladder, women must be considered a central pillar of our new normal.

Implementing a proactive strategy to promote gender parity not only improves the social standing of women but boosts countries’ economies. Research suggests that accelerating action on gender equality could boost African economies by 10% of GDP by 2025. McKinsey estimates that global GDP could be $1 trillion higher by 2030 if women’s unemployment simply tracked that of men’s, while a proactive approach to gender parity could add between $8 trillion and $13 trillion in the same period.

Currently, there are too few women in leadership positions in the private sector and government across the world. The lack of female representation means that the social and economic needs of women are largely invisible from policy-making decisions, and that women risk being ignored in COVID-19 recovery plans. This will have huge long-term negative consequences and deepen inequality. Comprehensive action is needed across the board, but as I’ve found in my own experience, gender equality at the leadership level – with proper equality of representation, responsibility and decision-making power – brings fresh perspectives, leading to all round better governance.

It is also good for performance. Firms in the top quartile of gender diversity are 28% more likely to outperform their competitors financially. Women across the world have high levels of leadership potential. Both government and corporate bodies would do well to make use of the talent that is being wasted.

On this International Women’s Day, there are some causes of celebration. I have been excited to see some new initiatives aimed to close the gender gap. A good example is Egypt’s Closing the Gender Gap Accelerator. Launched last week, it is the first such gender equality strategy of its kind in an African or Middle Eastern country. Backed by the World Economic Forum, the programme includes empowering work regulations, leadership mentorship, educational re-skilling and social inclusion measures. I look forward to seeing its results and hope it is replicated across Africa and globally.

This year’s International Women’s Day must be a celebration of hope, determination and intent. But it also must act as a catalyst to refocus and redouble our efforts to pursue gender parity, which benefits societies everywhere. We cannot allow the pandemic to destroy the progress we have made.

Youth, Peace and Security in the Horn ...

Between Kinshasa and Paris: Defending a Humanity ...

Nana Adjoa Hackman is the managing partner and co-founder of Africa Legal Associates (ALA), an ambitious Ghana-based, pan-African corporate law firm. Until January 2021, she was a board member at the Ghana National Petroleum Corporation (GNPC). She recently secured a scholarship for an eMBA at Imperial College Business School in partnership with the 30% Club, a campaign that aims to secure gender balance in board rooms across the world.