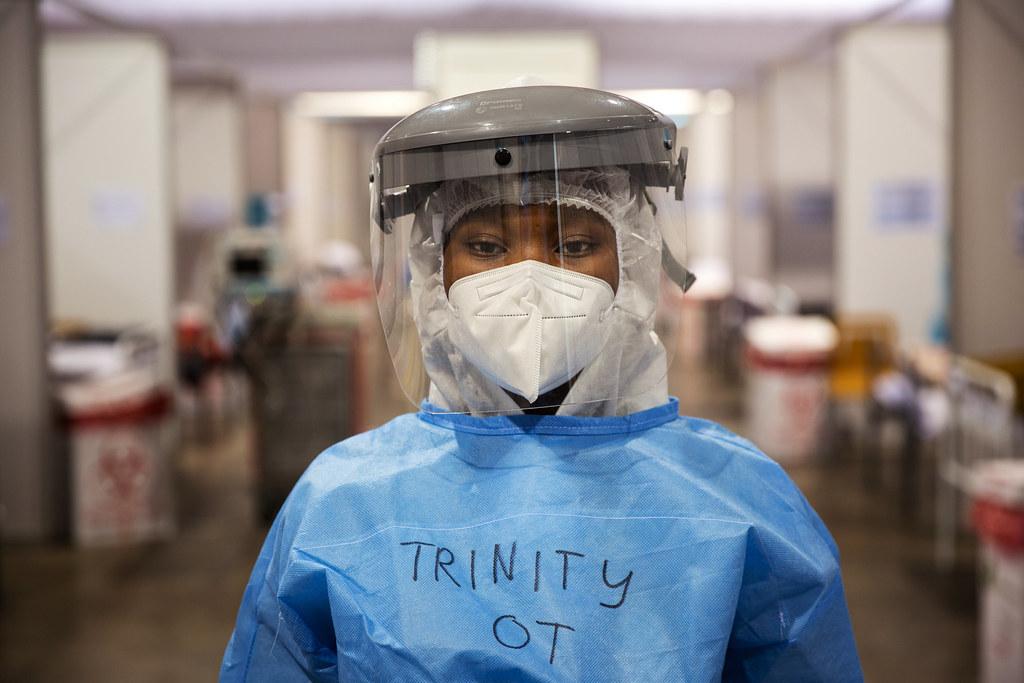 As southern African countries reel from the impact of recent travel bans, it is hard not to feel a familiar rage rise up. South Africa’s excellent science, effective vaccination roll-out, careful policy and public health interventions are yet again being met with global prejudice. Racism is a very blunt tool.

Across the region now, a cascade of human and economic consequences is unfolding. These will mean less food and more poverty, fewer children with new school uniforms and more people with mental health problems.

Perhaps we could accept these consequences if they were grounded in science and we knew the travel bans would save lives (though whose lives, we must always ask ourselves, when wealthy countries are giving out third doses before nurses across the world have had their first?). Yet the restrictions directly contradict advice from the World Health Organisation (WHO) and defy commitments made at the G20 meeting in Rome only one month ago. When the world’s most powerful people say they will follow science but then give in to fear-mongering and hysteria, what chance do we in the Global South have?

South Africa has been open, quick to communicate, and clear about its Covid-19 reporting. While the Global North, which has responsible for the vast majority of new Covid cases in recent weeks, has collectively reported few “variants of concern”, South Africa has picked up two. Wealthy countries ought to recognise and reward this excellent science and follow scientific principles themselves. Instead, they are punishing it, risking dangerous repercussions.

Shortly after the travel bans on South Africa were announced, Cape Town’s new mayor, Gordon Hill-Lewis, lashed out at the government’s handling of the announcement that it had discovered a new variant and suggested it should have waited. “If we know we’re going to get punished for detecting new variants, as in the past…then surely, we should know what we’re dealing with before we go and announce it to the world,” he said.

This notion is based on unethical principles of say nothing and let somebody else detect the problem after it’s already spread much further. But it is a sentiment that is widely, and understandably, shared across the country. Seeing the response to South Africa’s transparency, it may be an attitude now shared across much of the world too – not least in the Global South as it watches how countries across southern Africa, many with no detected cases of Omicron, are subjected to immediate blanket travel bans even as the new variant is found in Israel, Australia and almost a dozen European countries.

There is a lot to critique in contemporary South Africa, but in this case, I am unequivocally proud. When we shared our insight with the global community, we and the technicians who discovered it should have been recognised as heroes: come and visit this beautiful country with scientific surveillance so sophisticated we are the first in the world to identify a global threat! You will be safe! Our medical systems will protect you!

In the UK, masks are now mandated again, but we all know Prime Minister Boris Johnson needed to make that decision weeks ago – he waited until it was possible to blame another country. After Thanksgiving in the US, there will be another spike – now it can be blamed on South Africa, not on a polarised politic where so many do not believe in science.

As Kwame Anthony Appiah has recently written, there are at least two pandemics. The first is the pandemic of wealthy countries: the sudden shock of people dying too soon. In case after case, countries in the Global North have botched their pandemic responses and tens of thousands have died who could so easily have been saved. Vast sums of money have been invested in medical interventions and these have had results, though their breakthroughs and insights could not have happened without global cooperation.

The second is the pandemic that affects poor countries, where deaths from Covid-19 are secondary to the economic effects of sanctions, travel restrictions, and broken supply chains. These are places already struggling in the face of the same systems of racist extraction where Africa is imagined as a jungle of disease and despair, and from where it is therefore already presumed that new variants will emerge.

And new variants will indeed emerge from the continent so long as it is not fully vaccinated – but that is a decision made in the halls of power of vaccine manufacturers and supply-chain gatekeepers. It is a decision that global leadership must take responsibility for. If rich countries had waived vaccine patents as so many demanded or if they had come anywhere close to meeting their promises to share surplus jabs, hundreds of millions more people would be vaccinated and this variant would be much less likely. The status quo is not a fait accompli, but a conscious decision: we know that nobody is safe until everybody is safe.

On the day that travel bans were implemented, I had long-standing plans to fly from Johannesburg to Cape Town. The airport in Johannesburg was frantic and thick with the desperate air of chaotic travel we have come to know so well. Tens of thousands of desperate people were trying to connect with those they love before the madness of international prejudice landed on their passports with the stamp of no-entry, as it did for thousands of travellers whose planes were already in the air.

How dare the international community play with southern African lives and livelihoods in this way in order to falsely reassure their populations that everything is under control. It isn’t.

Yet again, South Africa has been misread and misconstrued by countries long invested in seeing it fail. The consequences on the ground are devastating. Do not be surprised if next time the country says nothing, and if other nations, observing what is happening here, choose to let the pandemic spread rather than be blamed for the logical outcomes of a global systemic failure to protect the planet’s population.

The Ethiopian War and Academic Freedom

The cynical realpolitik of the War on ...

Jess Auerbach is Associate Professor of Anthropology at North-West University, South Africa, and author of Archive of Kindness: Stories of everyday heroism during the South African Pandemic.

From anonymous avatars to foreign PR companies, the spread of fake news has become an inescapable part of the political landscape. The small town of M’batto in south-central Côte d’Ivoire ...
By continuing to browse this site, you agree to our use of cookies.