I know some people think local languages are second class and that speaking English indicates a superior IQ, but I’m not one of them. 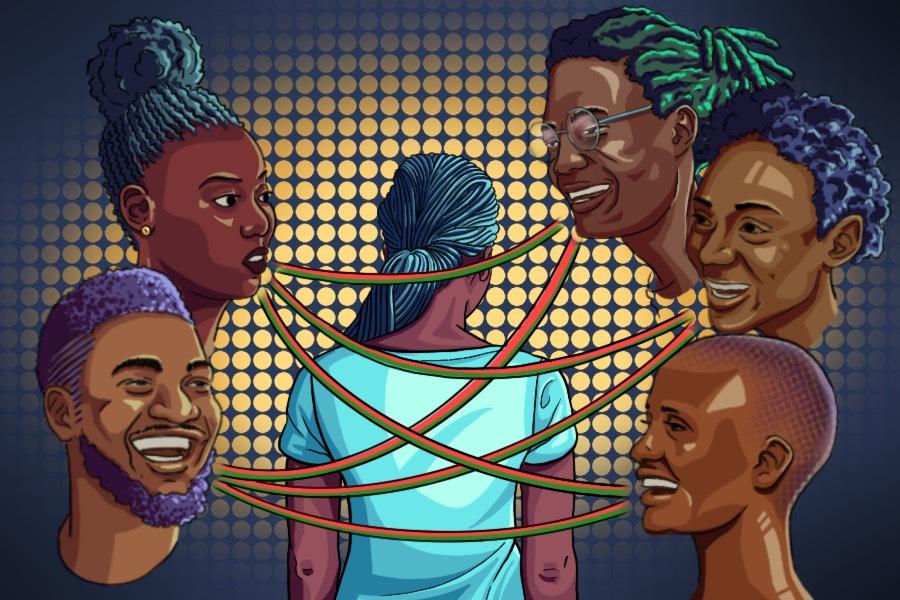 “Now I know that speaking good English is not the measure of intelligent mind and sharp brain. English is only a language, like Yoruba and Igbo and Hausa. Nothing about it is so special, nothing about it makes anybody have sense.”

– Abi Dare, The Girl with the Louding Voice

I don’t speak my mother tongue. I expect a lot of backlash for revealing that and for this article, but it’s been a long time coming. I feel like I am part of a group that has been misinterpreted and have decided it is time to join in the conversation.

Mother tongue shaming. It’s a real thing I’ve lived in fear of and which I have experienced several times. Once, for instance, I attended a friend’s aunt’s impromptu birthday get-together. It was an intimate setting with most of us gathered in the living room. Everyone was conversing in Kikuyu except me and, soon enough, the aunt realised I didn’t understand what they were saying.

It was the first time I had met her, but that didn’t stop her from chastising me. As everyone sat back quietly, probably dumbfounded by her tirade, she disparaged me for using a Kikuyu name and said it was dangerous to live in Kenya and not speak my native tongue. Not once did she ask me why I didn’t speak my mother tongue and assumed it was because I thought it was beneath me.

The shame felt so bad that I went through a period where I avoided introducing myself with my Kikuyu name.

It baffles me how some people feel they have the right to bully people that don’t speak their mother tongue, especially since many of the same people don’t teach their own kids their native languages. You can’t bully someone into wanting to learn a language and, if anything, are more likely to make them hate it.

This shaming also belies the fact that many people, like me, wish they did speak their mother tongue! I know there are people who think that local languages are second class and that speaking English indicates that you have a superior IQ, but I’m not one of them.

My brother and I were born abroad where we spoke English in pre-school, and then ended up speaking it at home too. My parents did not intend for us not to learn Kikuyu, and when we returned to Kenya, they realised the gravity of their mistake in not making sure we’d picked it up when we were younger.

They tried to enrol us for lessons and, as an adult, I have tried learning Kikuyu again on several occasions, but I have always struggled. I still cannot speak it, but not for want of trying.

Because of this gap, I have always felt like a part of my identity is missing. I also hate that I was never able to have a proper conversation with my grandparents and learn more about them and our history while they were alive. The language gap impeded our relationship, and us forming a close bond.

Recently, I have realised that there is more to this feeling. Our languages connect us, and not knowing your mother tongue can ostracise you and make you feel like an outsider. I have often felt like I don’t fit in, like I am not part of the “village” in many ways.

People’s stories of how they ended up not learning their mother tongue vary, but based on my experience, I would advise all parents to teach their kids their native languages if they know them. The children may resist, but they will thank you later.

Any language is valuable. Languages open doors. They get you welcomed among strangers and connect people in a foreign land. They help you lower the price when haggling. I have seen family members and friends benefit in a myriad of ways from being able to speak their mother tongue as I listen longingly.

I still wish I could speak Kikuyu, but a few years ago, I finally made peace with who I am. It felt good to accept the fact that this is me and not feel shame or need external validation and approval. I will eventually learn to speak my mother tongue (so help me God) but not for anyone other than myself. When is my business. I don’t need anyone to impose their timelines on me.

There you have it folks. An article in English about my mother tongue.

Nyawira Githae is a freelance copywriter who doubles as a swimming coach and is grateful that she gets to enjoy two careers she loves. She’s passionate about writing copy that connects, informs and opens people’s minds and specializes in website copy, feature writing, blogs and podcast writing.