Zimbabwe: Vice-president’s secret plan to be president stays on schedule

President Mnangagwa was not seriously challenged at the ZANU-PF congress. But neither was the powerful Vice-President Chiwenga. 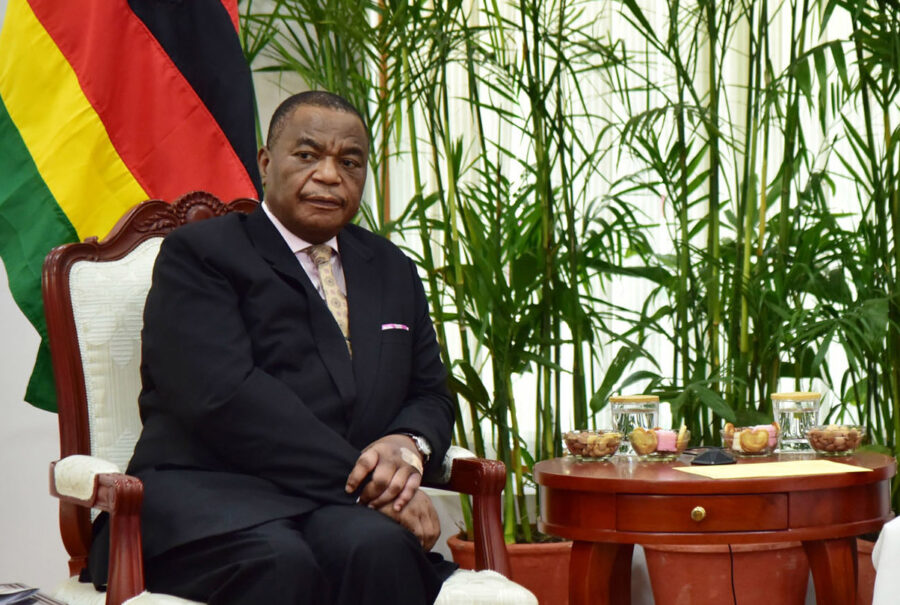 Allies of Vice-President Chiwenga say the plan was not to replace the president at the ruling party’s elective congress. Credit: MEAphotogallery.

At ZANU-PF’s elective congress this October, delegates unanimously endorsed Emmerson Mnangagwa to remain the ruling party’s leader for the next five years. This means the 80-year-old president will stay in Zimbabwe’s top job at least until national elections scheduled for mid-2023.

Analysts were quick to interpret Mnangagwa’s endorsement not only as a political victory in the short-term but as successful future-proofing against the ambitions of Vice-President Constantino Chiwenga. One popular local observer suggested Chiwenga had been “outmanoeuvred” and that his hopes of claiming the presidency had been “ruthlessly snuffed out”. Some of the vice-president’s own supporters pilloried him for not doing enough to prevent what they saw as a public humiliation.

However, a quick look at ZANU-PF history tells us that congresses are not a serious affair in the party’s politics. Even ordinary Zimbabweans have come to understand that these official gatherings are little more than a ripple on the surface of the liberation movement’s often brutal succession contests. The most consequential battles tend to be played out in much darker spaces – behind the concrete walls of party headquarters, in military cantonments and spies’ bunkers – where brass-knuckle tactics such as bribes, death threats, murder by poisoning and grenade attacks are deployed to override the rudiments of electoral party politics.

In these more unpredictable and perverse spaces, little has changed for Chiwenga. Anchored by the military, the former army chief still bestrides ZANU-PF and national politics. The vice-president has hectored Mnangagwa into increasing funding for the military. He has successfully pushed for army officers to fill key positions in government, state parastatals, and the ruling party. He has abrasively appointed himself defence minister and, more recently in August 2020, health minister.

Moreover, and contrary to received wisdom, Chiwenga perhaps best demonstrated his ongoing relevance at the elective congress itself. For some time, President Mnangagwa has wanted to do away with his deputy, ahead of or during the ZANU-PF meeting, and employed two main strategies in this mission. Firstly, he aggressively shook up the military leadership in 2019, retiring or reassigning Chiwenga’s allies. Secondly, he forced a raft of constitutional changes through parliament in 2021 that, among other things, gives him the authority to appoint and fire his vice-presidents.

These moves were meant to weaken Chiwenga’s hand in ZANU-PF politics, culminating in his ouster as vice president at, or in the run-up to, the elective congress. But the operation failed. Mnangagwa had no choice but retain Chiwenga, who will keep his high profile position and access to state patronage to parcel out to allies in the party and military.

The president wished to avoid this scenario by imposing a more malleable second-in-command. His failure to do so makes any notion of a grand strategic victory hollow.

According to some of Chiwenga’s allies, the retention of the vice-presidency does not just maintain the status quo for now but takes the former army chief one step closer to his long-held ambition of ascending to the presidency. They suggest that Chiwenga’s plan to take power is still based on the agreement he made with Mnangagwa around 2014, when the latter became vice-president to Robert Mugabe. The alleged deal was that Chiwenga, as head of the armed forces, would aid Mnangagwa’s rise to the presidency; in return, Mnangagwa would step down after one term to pave the way for a Chiwenga presidency.

If this still is the plan, as the vice-president’s allies claim, it remains on schedule. Chiwenga led the coup against Mugabe in 2017 that brought Mnangagwa to power and helped the new president win elections in 2018. According to the timeline, it would now be Mnangagwa’s turn to win elections in 2023 and then move over for Chiwenga. In other words, the 2022 congress – coming less than a year before potentially tricky national elections – was never the time or mechanism through which power was to be transferred.

None of this is to say that Mnangagwa will give up the presidency easily, deal or no deal. He will be egged on by his allies, who have become wealthy through state patronage, to stay in power. Furthermore, he will be unlikely to trust Chiwenga to protect him if he does step down. Mnangagwa may be particularly worried by Chiwenga’s apparent desire to appoint Saviour Kasukuwere – the leader of the Generation 40 faction, which struggled against Mnangagwa between 2014 and 2017 – as his vice-president.

Warnings of the first ladies

If the battle between Mnangagwa and Chiwenga reaches an impasse, what will happen? Zimbabwe’s tumultuous political landscape is famously difficult to predict, but we may do worse than looking to the warnings of First Ladies.

In the last days of Mugabe’s rule, Grace Mugabe never lost an opportunity to tell supporters and the world that Mnangagwa and Chiwenga were organising a coup. Similarly, in a leaked audio from 2018, current first lady Auxilia Mnangagwa broke down as she accused a senior military commander of planning to assassinate her husband.

In the dark politics of Zimbabwe, where paranoid first ladies run parallel security and intelligence structures – Auxilia Mnangagwa was an intelligence officer herself – those clues matter. In many ways, they illuminate the trajectory of Zimbabwe’s succession politics more clearly than official pronouncements and internal party vote tallies.

The best African films of 2022

Why Zambia’s president is adored abroad but ...

Simukai Tinhu is a scholar and writer on Zimbabwe’s foreign policy.

President Saied has been running the country unilaterally for almost a year. The July referendum will further strengthen his rule without resistance. Those sincerely committed to the protection of global ...
By continuing to browse this site, you agree to our use of cookies.