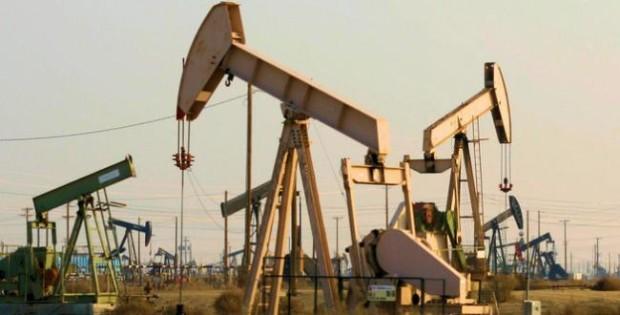 The current conflict in South Sudan has now lasted nearly half a year, killing thousands and displacing hundreds of thousands of South Sudanese. Oil, South Sudan’s only major source of revenue, has neither been the reason for nor the focus of the conflict up to this point. But this is rapidly changing as the flow and whereabouts of the oil revenue, as well as the security of the oil fields themselves, moves to the very centre of the conflict.

Although production is only at half-capacity, the oil revenue continues to be the main financial support for the government of Salva Kiir in Juba and its armed fight against former vice president Riek Macher and rebel groups. Riek Machar has, in recent weeks, been struggling to maintain his fight against the government, in part due to a relative lack of resources available to the rebels compared to the government.

Over the last week the attacks on both the oil fields and a planned refinery in the oil-producing Unity State have intensified significantly. Attacking South Sudan’s oil sector is intended to cut off Salva Kiir’s main source of income and limit his political and military capabilities severely. It is highly unlikely that a scenario will develop in which the armed groups around Riek Machar are able to secure access to substantial oil revenues. However, threatening to, or actually disrupting oil production might be used as a bargaining chip in the negotiations with Kiir’s government, as well as in the ongoing negotiation process currently underway in Addis Ababa. Disrupting oil revenues means cutting deep into the lifeline of the government in Juba as well as threatening both the profits of international oil companies and the safety of their personnel.

All of this is bad news for the main actors in South Sudan’s oil business, namely the three national oil companies; the China National Petroleum Corporation (CNPC), India’s ONGC Videsh Ltd. (OVL), and Malaysia’s Petronas. It is especially bad news for Beijing and somewhat ironic that China might find itself once again at the epicentre of the conflict in South Sudan.

China, unlike the other two international actors in South Sudan’s oil sector, has always played a more significant political and economic role in Sudanese-South Sudanese politics and economics as well as the regional oil sector. It was a result of the close ties between China and the government of Sudan (North) that rebel groups targeted Chinese companies ahead of independence in 2011. The goal was to increase their leverage over the government in Khartoum. Following independence, China and South Sudan went through a rough yet effective phase of rapprochement. Their new relationship even managed to survive the oil shutdown between January 2012 and April 2013. Then, in December 2013, the armed conflict broke out.

China’s role in the region has become more obvious over recent months. China’s special envoy to Africa, Ambassador Zhong Jianhua, undertook numerous trips to the region since December, leading some international commentators to question the future of Beijing’s non-interference policy. Ambassador Zhong not only visited Juba, but also Khartoum, Addis Ababa, and Kampala, all of which Beijing has established very close relations with and all of which are key actors in South Sudan’s conflict. While China might not be ready to abandon its formal notion of non-interference, South Sudan’s conflict has shown a more confident and assertive side of Beijing’s diplomacy.

Riek Machar and his armed followers will recognise the political and economic leverage that Beijing has, not only with Salva Kiir in Juba, but throughout the region. If Machar wants to pressure Kiir into further concessions and show his remaining influence in South Sudan, targeting the oil sector and its foreign actors, such as Chinese companies and their personnel, would be a potentially effective step.

Any action involving the South Sudanese oil sector and Chinese companies will create something of a dilemma for Riek Machar. On the one hand, any action involving the oil sector and Chinese companies will improve his bargaining position and give further credence to his position as a power-broker in the country. On the other hand, Machar risks alienating China as the most important external power in the country and entire region. China remains a critical future partner should Machar’s plans succeed. But the rebel leader will also want to uphold an image of statesmanship and respectability as a  future partner for Beijing, rather than that of a dangerous outlaw.

With the rebel attack on Bentiu this week, Machar has proven that he is willing to take on South Sudan’s oil sector. His warning to foreign oil companies to vacate the region within a week seems to indicate that he is not yet ready to involve China and other foreign actors. It is a slippery slope, since Machar himself recently admitted that controlling all factions of the rebels is proving to be a difficult task.

The CNPC, as well as OVL and Petronas, have reason to be concerned for their investments, profits, and the safety of their staff. The governments in Beijing, Delhi, and Kuala Lumpur have to consider playing an even more constructive and active role in finding a solution to South Sudan’s conflict. It is in their best interests too.

Tim Steinecke is a PhD student at St Andrews University working on the influence of national oil companies on Chinese, Indian and Malaysian foreign policy towards South Sudan. You can follow him on Twitter @t_steinecke.

Beyond greed or grievance: understanding conflict in ...