REVIEW – Another Man’s War: The Story of a Burma Boy in Britain’s Forgotten African Army – By Keith Somerville 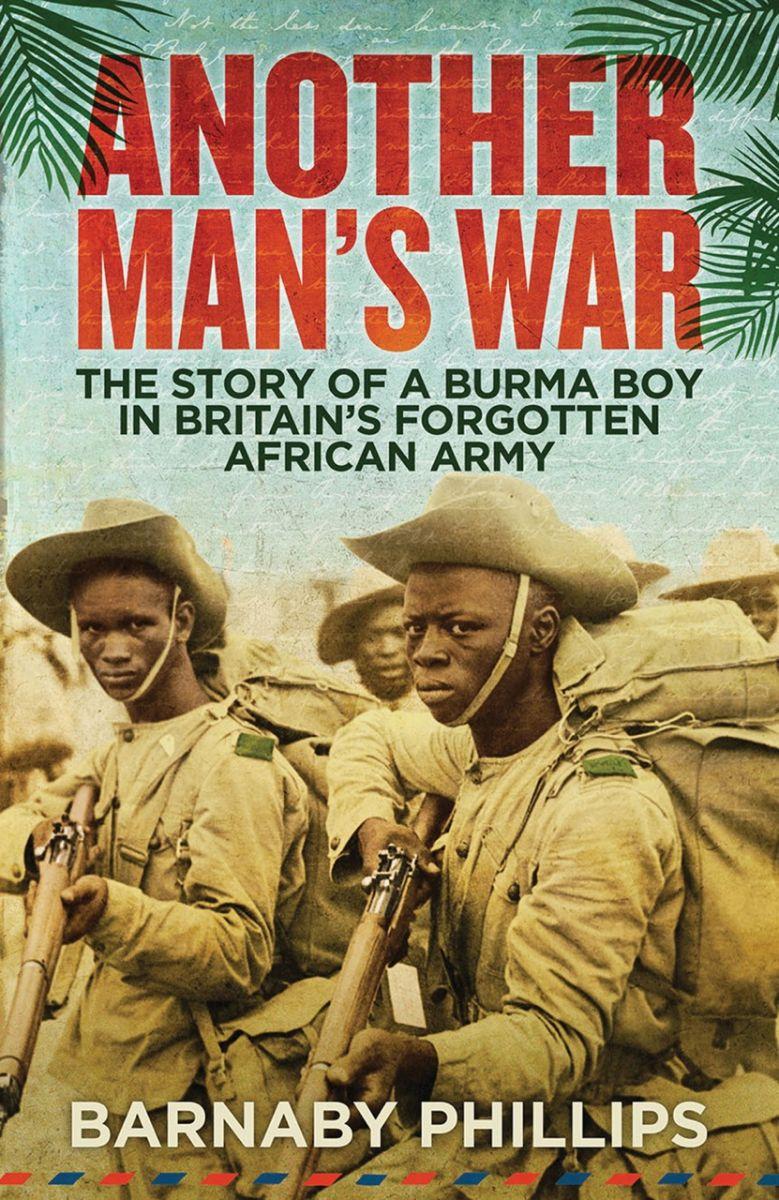 On 11th November 1987,  I was walking past Independence Square in Accra after yet another trek out to Osu Castle to try to arrange an interview with the head of the ruling Provisional National Defence Council (PNDC), Jerry Rawlings. Drifting across the square I heard the strains of a military band. I walked in the direction of the music. As I came closer a single bugler started playing the Last Post, it struck me that this was Armistice Day and it was nearly 11.00 am.

There was a small crowd around a roped-off area where I could see Rawlings standing straight and silent with a phalanx of be-medalled officers behind him. Parading in front of him were soldiers of the Ghanaian army in dress uniform and then two smaller groups in fading khaki, wearing tattered old bush hats – old men standing stiffly to attention, their chests bedecked with medals.

In the intervening decades, I have found out more and more about the trials, tribulations, and courage of the men who joined up to fight their occupier’s enemies. Having read Barnaby Phillips excellent new book – Another Man’s War: The Story of a Burma Boy in Britain’s Forgotten African Army – I know an awful lot more and have a real feeling for why soldiers volunteered, what they felt about their service and how they fought, died or were left scarred for the rest of their lives by this experience. I also discovered the extent of the ingratitude shown by Britain for those who fought another man’s war.

What makes this such a gripping and valuable contribution to the literature on African soldiers in World War II is the skilful and meticulously researched way the author tells the story of Isaac Fadoyebo – a Nigerian soldier who fought in Britain’s Burma campaign during the Second World War.

Not only does the reader lean about Isaac’s war, his crippling injury and months of being hidden from the Japanese army by Burmese Muslim villagers, but also of the process of recruitment of men from Britain’s West African colonies, the racism they experienced in the army and the way they were discarded at the end of the war.

The account of how Isaac and others were recruited is particularly revealing in its description of how propaganda based on fear was deployed. For example, posters declaring that Hitler had proclaimed that “˜ALL AFRICANS MUST BE SLAVES FOR GERMANS’ were used. Potential volunteers were also promised good pay, dashing uniforms and a pledge that after the war former soldiers would be first in line for jobs.

In some colonies this approach went beside botched attempts at coercion. What wasn’t said, but Phillips also describes, is that the soldiers would be subject to the racism of many of the British officers and NCOs, a racism that only abated somewhat when they all shared the privations of the Burma campaign.

Isaac himself joined up not because of any great sense of patriotism towards the British Empire, nor out of any overwhelming desire to fight fascism in favour of an idea of a form of democracy that didn’t exist for him, but because the recruiting officer said the army “offered the chance for a young African man to better himself.”

The narrative of Isaac Fadoyebo’s enlistment, training, journey to Burma via India and the attitudes towards him (and other African recruits) of British soldiers is cleverly intertwined with fascinating details of wartime Lagos, background to the war in Burma and the observations and reactions of the African recruits to the poverty of people in India.  The narrative flows well and evinces a depth of knowledge and confidence in that knowledge that is unsurprising given the author’s background as a journalist with the BBC World Service and particularly with some of its best output – Network Africa and Focus.

Set against the fascinating background of the wider experiences of the war among West African soldiers, we get the gripping story of Isaac being badly injured in an ambush, of the heroism of British officers and African soldiers and of the struggle to survive of Isaac and a Sierra Leonean NCO, David Kargbo.  This not only gives us a picture of amazing fortitude on the part of Isaac, but also of the heroism and kindness of Burmese Muslims who hid and fed the two injured men, despite the danger of brutal reprisals from the Japanese.

The reactions of the different Burmese communities to the war, the growth of fierce competition between the Muslims and Buddhists and the British perfidy in its treatment of Burma’s minorities during the decolonization process are not neglected.  Phillips doesn’t pull any punches in his depiction of this betrayal or of the less than empathetic attitude of the “˜saintly’ Aung San Suu Kyi towards the Rohingya people.

The final chapters of the book take a more upbeat note – Isaac Fadoyebo returns home, his leg wound heals leaving him with a limp but able to walk and he builds a new life in Lagos.  The account of the author’s meetings with him and search for the Muslim family in Burma that saved him are touching, as are the sections on Isaac’s final years.

The book concludes fittingly for an author who worked on Network Africa with a Yoruba saying: “the end of a long life well-lived is a time for celebration not mourning. Death is not the end, just a transition to another place. The spirit endures.”

Keith Somerville is a Senior Research Fellow at the Institute of Commonwealth Studies, University of London, and teaches journalism at the Centre for Journalism, University of Kent.

Ebola in Liberia: Anatomy of a Politicized ...