Things may have to get worse to get better in Africa. They certainly got worse in 2016

The economic and political fractures in many African countries have become more exposed than ever this year. But in the cracks lie opportunities. 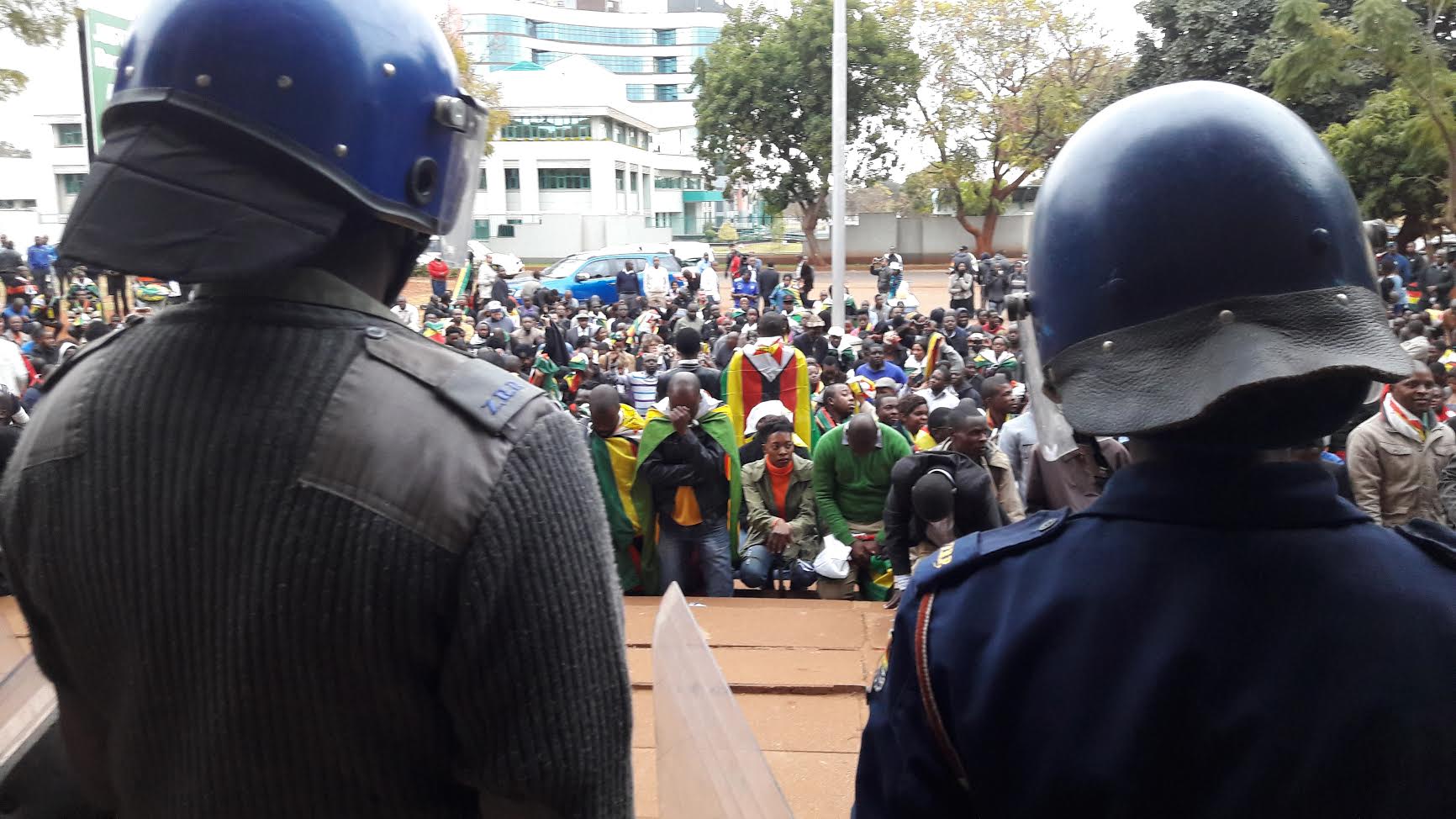 It was a winter’s day in July, and darkness had fallen outside the Magistrate’s Court in Harare. Inside, the presiding judge at the remand hearing of Pastor Evan Mawarire was still deliberating. The thousands of people who had gathered in support of activist Mawarire – a public show of defiance unprecedented in Zimbabwe’s recent history – were getting fractious. The riot police called in to contain them fingered their AK-47s nervously. They too were praying for Mawarire’s treason charge to be thrown out, because they knew that any other outcome would provoke a riot. Those guns would be used, and people would die. I looked around for cover. When things got ugly, I wanted to be prepared.

And then, from somewhere near that line of police at the front, a scream. It took a few moments to realise it was a scream not of terror, or horror, but of joy. Mawarire was free. All around me, men and women cheered and embraced. Some cried. This is what victory sounds like. This is what power feels like.

It wasn’t really about Mawarire, of course. For the first time in the lifetime of most of the young crowd, the regime had lost and the people had won. Their voices, raised in song and prayer throughout the day, had been heard. It was intoxicating, and impossible not to be caught up in the euphoria of the moment. If you could distil this emotion, and bottle it, it would be the most powerful drug in the world.

All journalists need moments like these. When you spend your life writing about coups and conflict, about corruption and terrorism and torture, you must to be reminded every now and again that the goodness of humanity outweighs its evil.

In 2016, a global annus horribilis from which Africa was not shielded, this was particularly true. In many ways, it was an especially grim and unforgiving year for the continent. The headline stories all tell a tale of death and destruction, of backward steps, of greedy and incompetent leaders prepared to throw away their country’s future to enrich their own.

In Burundi, the consolidation of Pierre Nkurunziza’s regime amid warnings of genocide. In South Sudan, the all-too predictable collapse of a fatally flawed peace deal, a new eruption of violence, and another genocide warning. In the Democratic Republic of Congo, peaceful protestors gunned to death by president who doesn’t know when it is time to leave. In Nigeria’s north-eastern states, the tyranny of Boko Haram replaced by the even greater tyranny of disease and hunger, with millions at risk. In Nigeria’s capital, the poor performance of President Muhammadu Buhari, elected on a wave of optimism but so far disappointing all, including his wife. In Ethiopia, the vicious crackdown on Oromo and Amhara protestors as the bloody truth of the developmental state is finally laid bare. In Mozambique, a government that has already squandered its gas bonanza on a fleet of rusting tuna fishing boats. In Sudan’s Nuba Mountains, a civil war that is all but ignored by all except its perpetrators, and its victims. In Zimbabwe, a cash shortage so acute that that the Reserve Bank has invented a bizarre pseudo-currency to solve it, raising the spectre again of epic hyperinflation.

I could go on.

The news has been so bad that New York Times correspondent Jeffrey Gettleman gave the continent a pithy new sobriquet to replace the ‘Africa Rising’ tag which so clearly no longer applies: ‘Africa reeling’, he says. Gettleman attracted plenty of criticism for his reductive analysis – after all these years on the continent, he should know that we are sensitive to anything that attempts to essentialise the African experience – but that doesn’t mean he is wrong about the overall trend. It really was not a good year.

Statistics, flawed as they may be, back this up. Take the Ibrahim Index of African Governance, which, in its tenth iteration, is now old enough to provide a bit of historical perspective. Over the last decade, the Index shows that governance has generally improved in areas like health, education, gender rights, and infrastructure provision, but has markedly declined when it comes to safety and rule of law. According to the numbers, Africa’s leaders have made the continent more dangerous and less law-abiding.

They have also made it poorer, at least in absolute terms. A World Bank report released in March claims that there are more poor people today on the African continent than in 1990, which is hard to read as anything other than a resounding failure for international aid efforts.

Here’s the kicker: things are going to get worse before they get better. Through no fault of their own, this time, African countries are sailing into severe global headwinds that threaten to undo what good work has been done. The most significant of these is the global economic slowdown: it’s harder for governments to get finance, it’s harder to attract investment, donors are far more cautious, and those precious commodities don’t fetch what they used to.

Steady economic growth is camouflage for poor governance. The extra cash sloshes in and papers over all kinds of cracks. But when that growth slows, the cracks are visible. The fractures can no longer be hidden.

You see them in the disaffected Oromo youth who are tired of waiting for their life to change; in the resurgence of violence in the Niger Delta; in South Africa’s sudden abandonment of the comforting rhetoric of reconciliation, with politicians and activists alike focussing instead on hard conversations around wealth inequality and land redistribution.

These are tense, troubled times. But in all the doom and gloom, there is opportunity too. The more visible a problem, the more likely it is to be addressed. Zimbabwean activists quietly confide to me that while they despair at the damage being caused by their country’s economic crisis, they also know that it undermines President Robert Mugabe’s regime. Maybe, just maybe socio-economic disaster could spur democratic reform. It’s a high-risk strategy, but it’s all they’ve got.

And remembering the exultation that greeted Pastor Mawarire’s release – the sheer joy that it occasioned – is to remember why this change is so necessary, not just in Zimbabwe but in far too many African countries. It is also to remember why that change, despite everything, will come. Yes, we’ve got more than our fair share of despotic and/or incompetent leaders on the continent. But we also have more than our fair share of brave, determined, principled, stubborn, wily citizens who will keep us from sinking too far into the mire. If next year is going to be an improvement on this one, then it is their essence we must bottle.