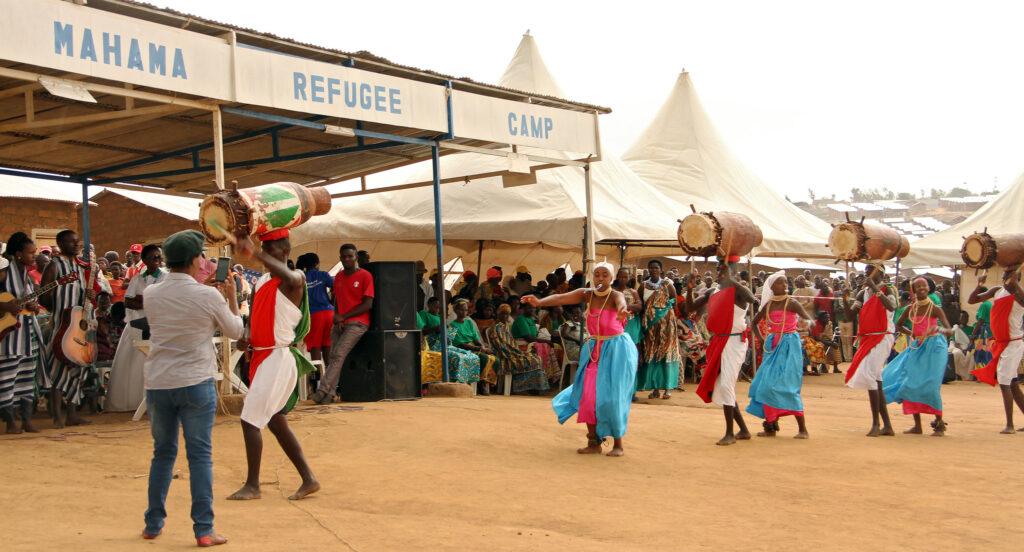 In the last month or so, nearly 200 refugees caught in Libya have boarded planes for Rwanda’s capital Kigali. Another 120 are expected to make the same journey in November. Most are younger than twenty and hail from the Horn of Africa having initially travelled to Libya hoping to cross the Mediterranean Sea to Europe.

They are from approximately 5,000 refugees and economic migrants languishing in squalid Libyan detention centres. Packed into warehouses with barred windows and few sanitary facilities, they eat one meal a day and face physical and sexual abuse. More than half are also stuck in a war zone. A July airstrike on Tajoura detention centre in Tripoli killed at least 40 people and injured scores. Amnesty International has urged the International Criminal Court to investigate the attack as a war crime.

It was shortly after that bombing that Rwanda agreed to provide short-term sanctuary to an initial 500 refugees in a joint initiative with the UN Refugee Agency (UNHCR) and the African Union (AU). There are hopes the small central African nation may host additional refugees in the future.

“The President himself was a refugee,” the Minister of State for Foreign Affairs, Olivier Nduhungirehe, told African Arguments of the arrangement. “When we see the plight of refugees it talks to us. We understand that plight.”

Under the agreement, the UNHCR provides food, shelter and education. The plan imitates a similar arrangement between the UN agency and Niger, under which some 2,900 refugees have been extracted from Libya since 2017.

“We want to get them back on track and give them hope,” says Elise Villechalane, UNHCR’s external relations officer in Kigali. She explained that most refugees will eventually be resettled elsewhere or voluntarily returned to their countries of origin or first asylum. Some may remain in Rwanda on a permanent basis.

“It is a life-saving intervention,” she says. “For now we are going to provide an exit, a rescue to 500 people.”

The news of the plan has largely been welcomed but with caution given concerns over the treatment of refugees in Rwanda. In 2017, an investigation alleged that refugees in Israel were promised shelter in Rwanda only be to be forced across the Ugandan border and left unable to make asylum claims. Last year, at least 11 Congolese refugees were shot by Rwandan police during a protest sparked by decreased food rations.

Some observers are also concerned about the broader politics of the move. Analysts warn that Rwanda’s policy could be a diplomatic tool aimed at currying favour with Europe. Several countries – including human rights-abusing regimes in Libya, Sudan, Eritrea and Turkey – have exploited European concerns with migration to get funding to stem the flow of migrants and enhance their perceived international legitimacy.

“It will almost certainly be something that [President] Kagame could leverage,” says Peter Tinti, co-author of Migrant, Refugee, Smuggler, Saviour. “There is a risk that migrants and asylum seekers will continue to become bargaining chips.”

Various news sources initially reported that the Rwandan agreement would be funded by the EU. The EU, UNHCR and Rwanda all deny this is the case.

“The EU welcomes the initiative by Rwanda, the African Union and UNHCR…and will support it,” an official wrote in an email to African Arguments. “The details of that support are still being developed.”

Either way, humanitarians all agree that much more support is needed to deal with the crisis in Libya.

“The number of people being relocated to Rwanda is far too little and it has taken far too long to get to this point,” says Sam Turner, head of the nautical search and rescue mission for Médicins sans Frontières (MSF). Turner and his colleagues have witnessed the impacts of Libya’s civil war first hand, treating refugees and migrants burned with hot objects and molten plastic or electrocuted by criminal groups in Libya. “There is surely more that can be done by international governments to offer a much quicker and more immediate solution for the people who are trapped in these detention centres,” he adds.

Paula Barrachina, UNHCR’s external relations officer in Tripoli, echoes the urgent need for greater action, particularly as refugees outnumber resettlement offers. “The frustration of those who don’t have a chance, and may never have a chance [to leave] because we don’t have slots for everyone, continues to grow,” she says.

But for the most part, international policy towards refugees and migrants is punitive and aimed at tightening borders. In 2016, for instance, the EU agreed to pay Turkey $6.6-billion to receive returned refugees from Greece. It also funds and provides vessels and training to the Libyan Coast Guard, which catches refugees and migrants at sea and returns them to detention in Libya. The EU official contacted by African Arguments insists this engagement saves lives, but many experts disagree.

“Despite the evidence of torture, sale and mistreatment in detention centres, [the EU] has not wavered in its policy of interception and return,” says Jeffery Crisp, research associate at the Refugee Studies Centre at the University of Oxford.

Ultimately, analysts say, it will be impossible to genuinely tackle the humanitarian crisis in Libya and plight faced by refugees without addressing their root causes. Most European countries are far from recognising this need leading to disastrous consequences.

“Properly eliminating the drivers of illegal migration and mixed migration is not an easy task,” says Tinti. “We’re getting into questions of global inequality, legacies of colonialism, the impact of climate change…Implementing policies that you know don’t really engage any of these drivers and have a significant humanitarian toll seems like the worst of both worlds.”

For now, evacuation flights from Tripoli to Kigali continue. But thousands more refugees and migrants in Libya await support that may never come.

What does the death of IS leader ...