Must Always pads always be low-quality for Kenyans?

In Kenya, Always pads use a cheap material that causes irritation for many. In Europe and the US, they don’t. 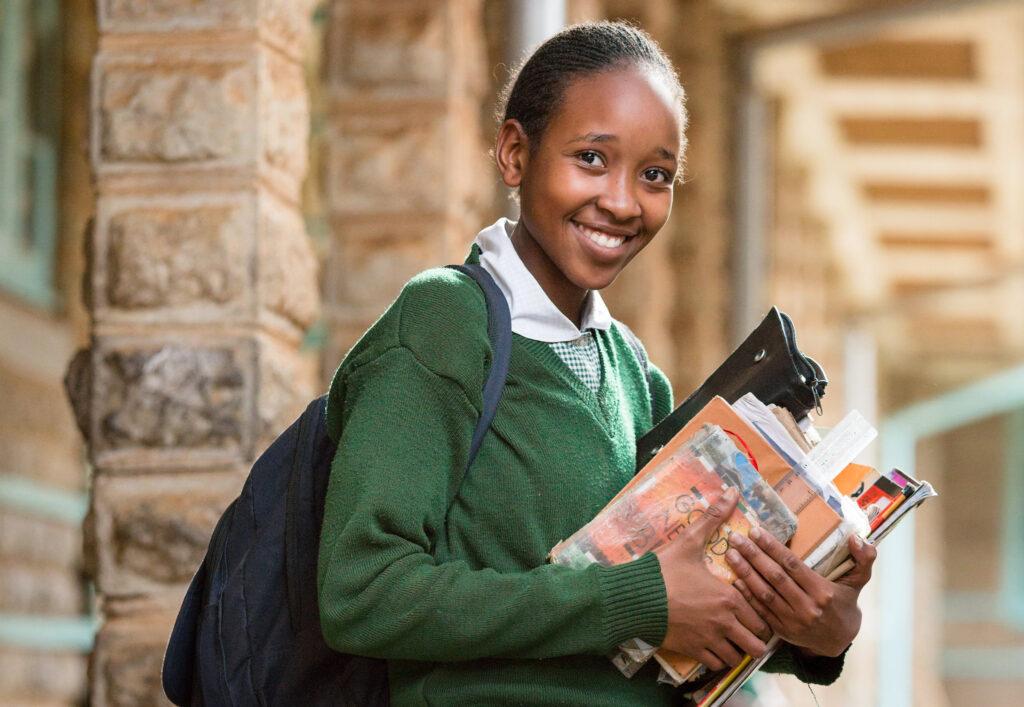 For more than three decades, Procter & Gamble had a near monopoly in Kenya’s sanitary pad market. Its “Always” pads are most likely the first brand girls become familiar with, long before they even know what menstruation is. Over time, the name has also become synonymous with superior quality. Consumers feel they have no reason to try other brands.

I was introduced to Always pads at the age of twelve one sunny afternoon at school. All the girls in my class were summoned to a corner of the classroom where huge cartons of the pads sat on the table, soon to be distributed. What followed was an awkward lecture about how we would soon see trickles of blood in our undies.

You could feel the shame with which the teacher explained this biological process. She referred to our reproductive parts as “your things” and said we needed to be clean in a manner that denoted how filthy our bodies were going to be. After this lecture, periods became that nameless thing nobody talked about. The general secrecy and awkwardness around menses continued into high school.

This perfect storm of taught shame, menstrual silence and the accepted ubiquity of Always pads finally came to a head recently. Last year, #MyAlwaysExperience went viral on Twitter. Kenyan women finally broke their silence, openly discussing the painful, uncomfortable experiences from using Always pads. They all shared similar symptoms: vulvar burning, itching, rashes and inflammations. Where they had thought their bodies were the problem, it became clear that this was in fact not the case.

“I’m surprised because all along I thought I had some incurable infection (yes, I’ve been treated),” one woman shared with me in a private message while the topic was trending online.

“I never understood why I itched during and after my periods, I always assumed its UTI (urinary tract infection) coz of public toilets, I eventually stopped using public toilets even at work but the itching continued,” another shared.

Women en masse demanded an explanation from Proctor and Gamble. As the conversation went on, it was revealed by women who have used Always pads from both Kenya and in the West that there was a difference between the products. Always pads from foreign markets, the women reported, did not cause irritation.

Soon the conversation turned to the fact that Kenya’s Always pads have a unique formulation. The most common type has a plastic film top sheet consisting of a thin perforated layer made of modified polyethene (PE). This material is effective at retaining moisture and therefore containing odours, but it also traps heat and reduces breathability. In a hot country like Kenya, using PE easily leads to burning sensations, rashes and itching.

Why would Proctor and Gamble opt for this film? Well, it substantially reduces the amount of material needed to make a pad, useful for reducing manufacturing costs.

What then followed was a sponsored trip for social media influencers to a fancy hotel, during which the company sang the brand’s praises. This failed to satisfy concerns, so P&G tried again as it realised demands for quality and accountability were increasing rather than fading. It organised a meeting, allegedly listen to complaints, after which it went silent again. It ignored several  further statements by and on behalf of Kenyan women.

In January 2020, nearly a year after #MyAlwaysExperience went viral, Always Kenya returned to the marketplace with an array of new supposedly improved sanitary products.

They called another meeting with Kenyan stakeholders to discuss the improvements. Asked if these “new” Always pads still had the PE top sheet, they said yes but in a “refined” version.

Beyond this troubling, inadvertent admission of prior poor quality, what then was actually improved? Why is PE a mandatory part of their pads in this part of the world when it is not in their Western markets?

Kenyan women are  demanding that P&G supply them with Always pads made with zero PE film top sheet. It should take responsibility as a monopoly stakeholder and demonstrate accountability by offering women dignified sanitary pads. We know this is possible Always pads with no PE film top sheets are on shelves all over the Global North. Any effort to convince Kenyan women that Always pads are improved while still retaining the material that causes such irritation and inflammation shows P&G values cost over care.

It is not just P&G that must act, however. Institutions whose mandate is to ensure the quality of consumer goods should do their work and protect consumers from pads that are harmful to their health and wellbeing. The Kenya Bureau of Standards (KEBS) should lead by example and take the complaints seriously. Their silence so far is an indication of their disdain towards menstruators’ health too.

In November 2019, Kenya’s cabinet discussed and approved the National Menstrual Hygiene Management (MHM) Policy. This legislation is aimed at scaling up the management of menstrual hygiene and highlights it as a rights issue, bringing it into the mainstream of the country’s health and development agenda. The work of lawmakers, both male and female, is now to interrogate how to implement it and interrogate its stand on the quality of sanitary pads.

The work of ending period poverty is collective and must be led by willing leadership, committed institutions, accountable providers of sanitary pads and an overall society that’s ready to unlearn menstrual stigma. Menstruation is a health issue and quality sanitary pads are a right which cannot be negotiated.

An International Relations and diplomacy graduate who describes herself as an Afro-Politico-Feminist. She's a development strategic advisor for philanthropies and INGOs who works intersectionally on policy, governance, and gender. Okore is an Obama Foundation’s Africa leader fellow of 2018 who is among 10 global leaders serving on the Gates Foundation's Goalkeepers advisory board and The She Tank in Abuja, Nigeria. She was recognised as one of ONE Campaign's global women of 2018, Africa’s top 100 most influential youth and Kenya's top 100 most influential youth in the category of governance and law.