Confirmed COVID-19 cases are rapidly increasing in Cameroon. Yet, the president has barely been seen. 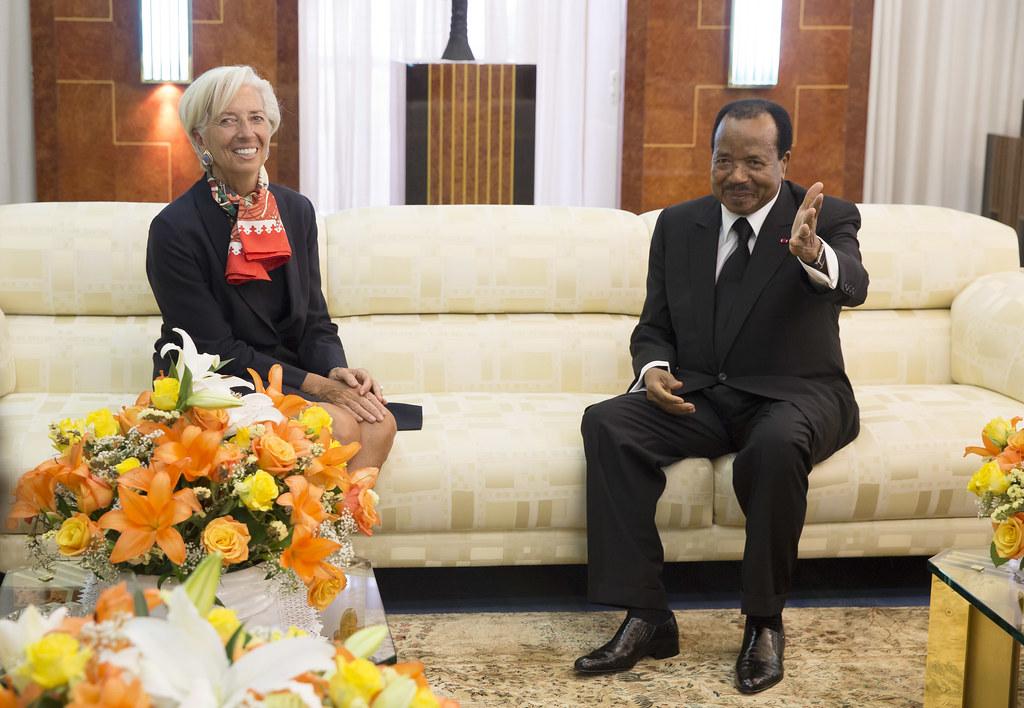 As the COVID-19 pandemic spreads around the world, many national leaders have become more present in their citizens’ lives. They announce new emergency measures, hold regular press briefings and attempt to reassure the population. Not so in Cameroon.

President Paul Biya has not addressed the public since the first confirmed coronavirus case in early March. The outbreak is spreading, lockdown restrictions have been announced and then eased but the 87-year-old leader has only been notable for his absence. Amid rumours of his death, Cameroonians have taken to twitter with hashtags such as #WhereisBiya and #LetsFindBiya.

The president has revealed some of his movements. On 16 April, he posted a picture of his meeting with the French Ambassador to Cameroon at the presidential palace in Yaoundé. A month later, he tweeted similar photos with UN Special Representative François Louncény Fall.

Despite speculation they were photoshopped, these images seem to confirm that Biya is well and in the capital. Nonetheless, they have done little to allay frustrations at his lack of public presence.

“If Biya can receive the French Ambassador why can’t he address the people?” asked Cameroon’s main opposition leader Maurice Kamto, speaking to African Arguments. “Why can’t he say a few words to Cameroonians?”

The government has taken various measures to reduce the spread of the virus, with most official messages coming from Prime Minister Joseph Dion Ngute and Health Minister Malachie Manaouda. On 18 March, Cameroon closed its borders, shut down schools, and ordered restaurants and bars to cease operations after 6pm. It increased testing, banned large gatherings and non-essential travel, and required people to wear face masks in public.

While these measures may have helped reduce the disease’s spread, Cameroon has become one of the worst affected countries in Africa. To date, it has recorded 3,529 cases and 140 deaths. Moreover, a Reuters survey found that Cameroon has just 40 ventilators, a tiny fraction of the 2,422 that might be needed if the virus peaks according to estimates by Imperial College of London.

Despite the worsening crisis, however, the government eased some restrictions in early May, including allowing eateries to remain open past 6pm. This may have reduced the economic impact on many Cameroonians, some eight million of whom live in poverty, but has drawn criticism from the opposition.

“It’s extremely confusing,” says Kah Walla, President of the Cameroon People’s Party. “What is the government strategy? What are they trying to achieve with this and why would they expose the population to that degree?”

Neither the Minister of Health nor the Prime Minister’s Office responded to African Argument’s request for comment.

Meanwhile, a coronavirus fundraising initiative led by Kamto has been blocked by authorities, with its bank account shuttered and funds frozen. Last week, six of its activists were arrested for distributing face masks and sanitiser. They face charges of rebellion and could spend four years in prison if convicted.

So far, most confirmed cases have been in urban areas, but many fear that the coronavirus could be particularly devastating if it spreads to areas facing insecurity. In the Far North, Boko Haram continues to operate. Meanwhile, in the country’s two Anglophone regions, a conflict between English-speaking separatists and government soldiers has claimed at least 3,000 lives and displaced hundreds of thousands of people since 2017.

Only one of the warring parties – which includes about fifteen separatist groups and government forces – has heeded the UN’s call for a global ceasefire. And while there was a brief lull in early March, fighting has resumed with abuses recorded in recent weeks on both sides. Some 115 hospitals in the two regions have been demolished in the conflict, while all humanitarian flights were grounded in March.

“How can you prepare a pandemic response in an area where violence is rife?” asks Ilaria Allegrozi, a senior central Africa researcher for Human Rights Watch. The organisation has urged Cameroonian officials to allow aid missions to continue unimpeded.  According to Allegrozzi, some flights to the Far North have resumed, but not to the two Anglophone regions.

“[The pandemic] adds another layer of complexity to an already intractable civil war,” says Billy Burton from the Anglophone Crisis Monitoring Project. “It has increased the risk to vulnerable, displaced populations – both outside and inside the Anglophone regions – and it makes it even harder for humanitarians trying to get aid in.”

A lack of accountable leadership

As Cameroon faces this set of complex crises, the president remains out of sight. This is keeping with his usual patterns of governance. A 2018 investigation by the Organized Crime and Corruption Reporting Project found that Biya, who came to office in 1982, spends as much as a third of his time abroad some years, much of it at the five-star Intercontinental Hotel in Geneva.

“It’s long been part of Biya’s playbook not to get down in the mud or the daily details of governing,” says Yonatan Morse, author of How Autocrats Compete: Parties, Patrons, and Unfair Elections in Africa.

According to Jeffrey Smith, founding director of the pro-democracy non-profit Vanguard Africa, this ruling style is indicative of a much deeper problem in Cameroon’s governance.

“The coronavirus pandemic is only the most recent example of Biya’s absence and lack of accountability,” he says. “We have the tendency to highlight the symptoms of these crises, be they public health or humanitarian, rather than the cause, which is a lack of accountable and democratic leadership.”

Wherever he is, cases of COVID-19 in Cameroon continue to rise.