Will Benin be next to see Islamist attacks? 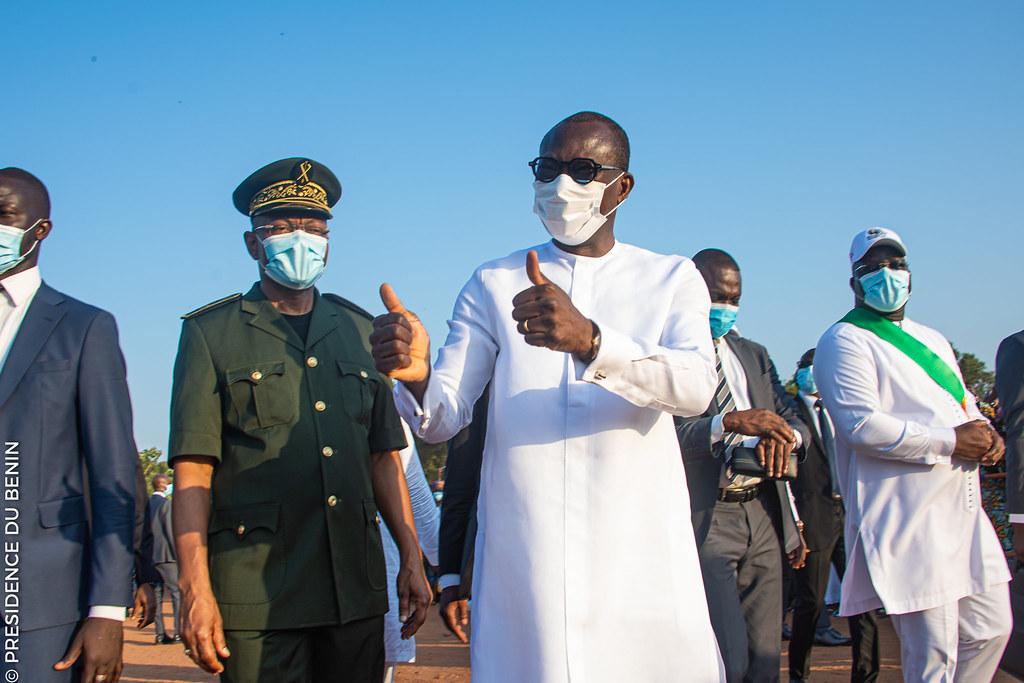 As Islamist militants in West Africa have expanded the reach of their operations in recent years, many analysts have warned of violent spillovers into new territories. Ahead of the G5 Sahel summit this February, France’s head of foreign intelligence singled out Benin – along with Côte d’Ivoire – as being in imminent danger.

“The leaders of Al-Qaeda conceived their expansion plan towards the countries of the Gulf of Guinea,” he said. “The terrorists are already financing men who are spreading in Côte d’Ivoire or Benin.”

If Islamist violence spread to Benin, it would cause devastation and misery to many. But how founded are these fears?

What extremist violence is occurring close to Benin?

In very simple terms, there are two main extremist networks operating in the Sahel. The first, Jama’at Nusrat al-Islam wal-Muslimeen (JNIM), which has pledged allegiance to al-Qaeda, is more decentralised and has skilfully adapted to local contexts. The second, the Islamic State of the Greater Sahara (ISGS), is a more centralised network and is allied to so-called Islamic State.

These militant groups – or their predecessors – have gained in prominence in the region since 2012. Starting in northern Mali, their influence has since spread closer and closer to Benin. Burkina Faso saw an upsurge in attacks in its north in 2015, but has seen violence extend to other parts of the country, including the Est region, in the past two years. Since 2019, Niger has been similarly affected, including in Tillabéri and Dosso regions. And in 2020, north west Nigeria saw substantial activity by violent extremist groups.

All these regions border Benin.

Are there signs of spillover into Benin?

The only known incident of Islamist violence in Benin so far is the kidnapping of two French tourists and the killing of their local guide in 2019. However, five extremists cells have established a presence in Beninese border areas over the past three years.

Some people believe that these groups are merely using Benin as a passing hideout. In June 2020, for instance, militants in Burkina Faso travelled through Benin on their way to Nigeria, picking up some sympathisers on the way. And, for two years, fighters have also reportedly entered Benin to procure meat, fuel and motorbikes (see map below).

Others argue that Islamist militants have more hostile intentions in Benin. ISGS reportedly appointed a commander for the “Benin intervention” in early 2020. Moreover, extremists are understood to have clashed with Beninese forces on 23 March and 25 April 2021. What areas at most at risk?

There are three areas in Benin that have seen the most activity by violent extremists.

The first is along Burkina Faso’s Est region where three suspected JNIM cells have a presence. These groups are based on the Burkinabe side, but operate in the W and Pendjari National Parks as well as in the Atakora and Alibori departments of Benin. The second is along the Niger river where an ISGS cell appears to have some local support and operates around Alibori. The third is around the town of Kalalè in the Benin’s Borgou department, where an unidentified cell from Kanji Lake Forest in Nigeria is active (though it has dismissed by Beninese intelligence as being merely criminal).

Are there opportunities for violent spillovers?

Spillovers tend to occur when violent extremist interests and local interests collide. For instance, Islamist militants may choose to help one side in a communal conflict as a way to expand their presence and try to reframe the dispute in extremist terms.

Assessing the likelihood of this happening requires an understanding of local conflicts in northern Benin. New data collected by Clingendae, ACLED and a local partner that prefers to remain anonymous for security reasons sheds some light on this (see below).

It suggests that 50% of reported violent incidents in Borgou, Atacora and Alibori departments occur between farmers and herders. Some of this involves groups moving from Niger and Burkina Faso into Benin, but most of it involves settled herding communities and taps into decades-long tensions. About 10% of violence is related land ownership over which there is often uncertainty and disputes. And another is associated with the management of natural parks which, since the African Parks Network (APN) was tasked with the responsibility in 2017, has led to local groups’ activities and access to land and resources being disrupted.

The remaining violence is less distinctive and liable to be exploited. Are extremist groups trying to tap into these local tensions?

In Alibori, extremist militants have built on the presence of the Islamist Yan Izala movement and clear anti-state sentiment in the area. They appear to have some local support and there are indications they are seeking to take sides in farmer-herder conflicts.

In Atacora, extremist groups have tapped into local antipathy against APN. The heavily-armed parks network is the de facto counter-terrorism force of Benin. Islamist militant groups have been in touch with disgruntled border communities who dislike APN. They may seek to destabilise northern Benin in anticipation of APN’s alleged impending expansion into Islamist hideouts in Burkina Faso and Niger.

How can violence in Benin be prevented?

There are a few things that could help combat these trends.

Secondly, recognising that communal conflicts are often linked to politics will be essential in tackling them. The government may have a stake in certain disputes and will need to be persuaded to intervene productively.

Thirdly, open debates on who is best placed to protect the country and how will be crucial. Any decision to arm or expand a wildlife outfit, for instance, should not happen in a closed-knit circle of security officials. Instead, such discussions should take place publicly to allow a more diverse array of perspectives to weigh in.

For more information, see the report published by Clingendael in collaboration with ACLED.

Kars de Bruijne is a Senior Research Fellow and Head of the Sahel programme at the Clingendael Institute. He is also a postdoctoral researcher at the University of Sussex.