Nigeria’s once mighty PDP is fighting for its future

The Peoples Democratic Party’s new chair has been accused of sponsoring Boko Haram and is being investigated for corruption while in office. 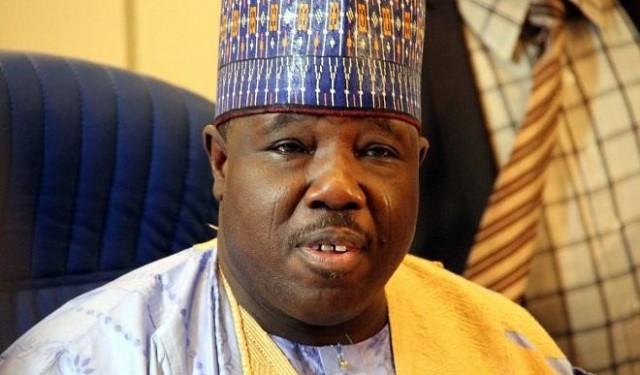 The appointment of Ali Modu Sheriff as the PDP’s new chair has provoked outrage in many quarters.

Once hailed as the largest political party in Africa, the Peoples Democratic Party (PDP) has taken what many perceive as a backwards step with the choice of its new chairperson. The PDP is still reeling from its 2015 election defeat and many are sceptical that Ali Modu Sheriff, who formally took over yesterday, is the person to put the party back on the right path.

The decision of the party’s National Executive Committee (NEC) last week to appoint a man who has been accused of sponsoring Boko Haram and recently faced allegations of corruption was met with anger and incredulity by many party members.

Several have spoken out strongly against the move, with the PDP’s Board of Trustees yesterday declaring that “Sheriff is not suitable as national chairman of PDP”. Meanwhile, many others have even threatened to leave the party if the new chair does not resign soon.

For his part, Sheriff has refused to quit for now and pledged to “ensure the re-emergence of the PDP into a formidable force that would retake power”. But with so much opposition to his appointment within his own party, he will first have to deal with matters much closer to home if he is to survive, let alone take on the ruling All Progressives Congress (APC).

The PDP first emerged in 1998 after the death of Sani Abacha, Nigeria’s military head of state who had led the country since 1993. Abacha’s death brought with it an end to over 30 years of military involvement in Nigerian politics and opened the way for a shift to a multi-party system in 1999.

The PDP was created to challenge under this new arrangement and was made up of the remnants of: the National Party of Nigeria (NPN), the group in charge of the nation’s last attempt at democracy from 1979 to 1983; retired military heavyweights who preferred civilian clothing; and a modernist class of politicians.

Despite some shaky foundations, this collective was able to weld together a broad range of interests and left all other parties in its wake. The PDP easily won four successive presidential elections from 1999-2011 whilst maintaining a solid grip in the majority of the country’s 36 states. Such was the dominance of the party that just a couple of years ago, former chairman Adamu Muazu declared the “PDP will continue ruling for the next one hundred years to come”.

But the 100-year prophesy would soon unravel as several of Nigeria’s opposition parties formed a coalition under the banner of the APC, which drew defecting members away from the PDP and ran against the ruling party in the 2015 elections.

For the first time in its history, the PDP suffered crushing defeat and Goodluck Jonathan was replaced as president by the APC’s Muhummadu Buhari.

Sheriff’s skeletons in the closet?

The abrupt end to the PDP’s dominance left the party in a state of confusion and lack of direction.

“This is first time the party has not been in power in 16 years and with the absence of a president to lead us, we are still finding our feet as an opposition party,” Osita Chidoka, former Minister of Aviation, told African Arguments.

Indeed, for some 10 months after the defeat, the PDP largely retreated to the shadows to lick its wounds, even though, as Sola Tayo, Associate Fellow at Chatham House’s Africa Programme, says: “One would expect an opposition party to use their time to capitalise on the teething problems currently encountered by the APC and present an alternate vision.”

Now having picked a new chair, however, it is debatable as to whether the PDP looks in any better shape. Sheriff – a former member of the All Nigeria Peoples Party and APC, but who moved to the PDP in the run-up to the 2015 elections – is a controversial figure around whom serious allegations have long been circling.

Most notably, Sheriff has been accused of being one of Boko Haram’s original financiers from when he was governor of Borno state, the epicentre of the Islamist militancy, from 2003 to 2011. Sheriff has vigorously denied these allegations, and Nigerian security analyst Ini Dele-Adedeji suggests the rumours may be misleading, though not without basis.

“What is closer to the truth is that Sheriff at the time used some of [Boko Haram founder] Mohammed Yusuf’s acolytes as election thugs to ensure his victory at the poll but they eventually grew out of control,“ he says.

The source of Sheriff’s mammoth wealth has also been questioned. The Economic and Financial Crimes Commission (EFCC) detained the former governor briefly last June over allegations regarding the N300bn ($1.5bn) Borno state received during his tenure. And although Sheriff was not charged to court, the EFCC has said it is still investigating him.

Walking in the dark

For many, the appointment of a strong chairperson was seen as the first step in restructuring the PDP following the 2015 election. And there were a number of favourites from the start.

Nuhu Ribadu, former chair of the EFCC, whose anti-corruption campaigns are well-known in the country and whose leadership would mark a radical shift from the past was one such contender. Wilberorce Juta, the former high commissioner to Zimbabwe and founding member of the PDP in Adamawa state, was another, while some others pinned their hopes on former presidential advisor on political affairs, Ahmed Gulak.

But in the end, Ribadu withdrew from the running citing a lack of belief in the party’s commitment to reform, and Sheriff managed to outmanoeuvre the others.

This result split opinion. On the one hand, some such as Ayo Fayose, governor of Etiki state, has called on party members to support the appointment, saying: “[Sheriff’s] emergence at this time is the best thing in the present circumstances”. Meanwhile, Sheriff also seems to have the tacit support of former president Goodluck Jonathan, though his influence within the party is waning.

But on the other hand, many are steadfastly against the appointment. Senator Dalhatu Tafida, for instance, resigned in the wake of the appointment. Former Borno state governor Mohammed Goni has said, “I am very uncomfortable and disappointed that a character like Sheriff could be appointed PDP chairman”. The Board of Trustees has expressed its strong opposition in no uncertain terms. And many others have talked of leaving the party.

For his part, former Minister of Aviation Chidoka remains hopeful and insists that the PDP “will emerge stronger”, though Sheriff clearly has a mountain to climb if he does manage to remain in his position. Failure to unite the party could result in a split and signal the end of the once untouchable PDP as we know it.

As it stands, the PDP remains alive, but after 16 years of dominating Nigeria’s political landscape, it is fighting for its future.

For more on Nigeria, see: