The huge Covid death toll – by far the worst in Africa – occurred not in spite of Western biomedical practices but because of them, argues a new book. 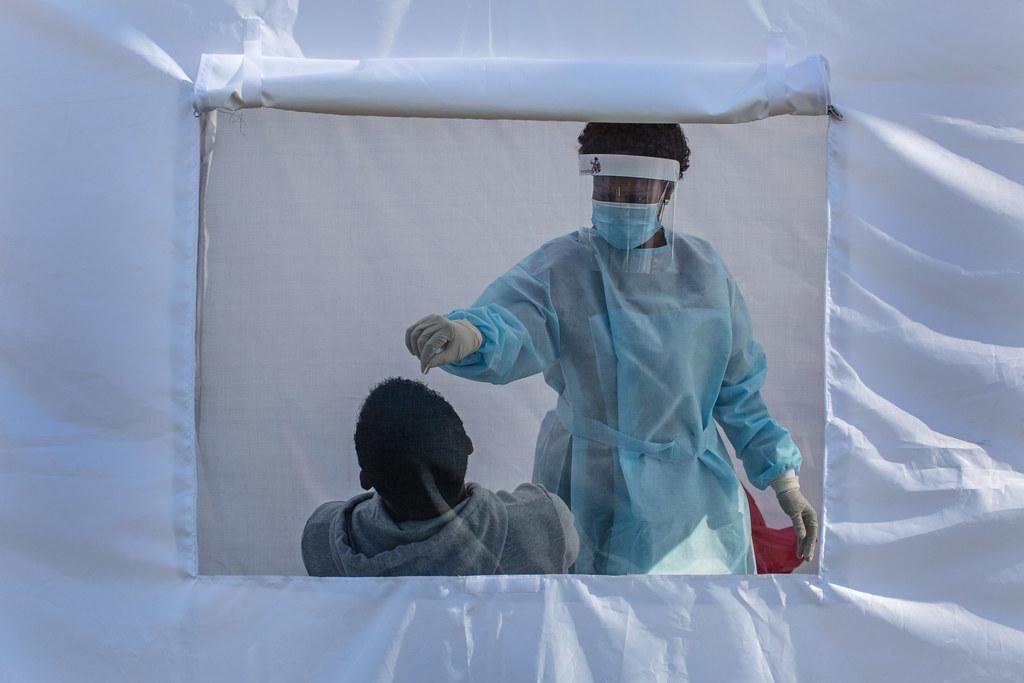 The impact of Covid-19 has been far worse in South Africa than in any other country on the continent. As of 30 September 2022, the country had recorded 102,185 mortalities from the virus, more than triple the death toll of the second worst-affected nation.

The fundamental causes of this impact remain understudied. The same is true of the assault many South Africans experienced on the most intimate part of their domestic and spiritual lives as a result of the government’s attempts to control the virus.

This fraught relationship between Covid-19, the South African state, and rural livelihoods and beliefs is the focus of Covid and Custom in Rural South Africa: Culture, Healthcare and the State (Hurst/African Arguments, 2022). Initially growing out of a rapid response research project into what was happening in the Eastern Cape when the first Covid wave struck in 2020, Leslie Bank and Nelly Sharpley’s book focuses on funerary practices and the ways in which they were upturned. Due to restrictions, Xhosa funerals that had grown over many decades to an extravagant display – with gatherings lasting several days and including hundreds of people – were knocked out of court. Funeral attendance was limited to 50; bodies were wrapped in plastic, even where there was no evidence of a Covid fatality; and close relatives were not even allowed to see a loved one’s face or touch them as custom demanded. Bank and Sharpley’s ethnographic work with many rural communities in the Eastern Cape found them reeling not only from Covid, but also – as the authors put it – from the assault of the biomedical state.

In Covid and Custom in Rural South Africa, Bank and Sharpley approach this human tragedy with several lenses. The first is the community’s trauma at being denied the ability to care for its dead in its own way. In interviews, the grief of not being allowed to respect a deceased parent or spouse as they needed to is clear. Responses ranged from anger and distress to, in some cases, later digging up the corpse and providing a proper burial. The focus on these emotions is a poignant reminder of the many painful emotions associated with both Covid and the Covid response. They offer an education in themselves.

A second important framework is the relationship between rural communities and the urban spaces to which they are so deeply connected. Bank and Sharpley examine how the history of urbanisation in the post-apartheid era was accompanied by the growth in the extravagance of funerary practice. The distance between urban and rural lives, and the need for urban dwellers to be buried in their rural homelands while also performing the success that migration offered them, led to transformations in cultural practices. It was these customs that were then challenged by the government’s Covid response.

The authors also pinpoint another important aspect of the under-examined relationship between urban and rural lives during the pandemic. In South Africa, the risk of death made many urban migrants want to return to their homelands. At the same time, they recognised that this might lead them to lose their insecure housing in townships – as many did – and put their rural relatives at risk. Bank and Sharpley’s analysis reveals with brilliant nuance the impact that urbanisation, poverty, and people’s emotional need to retain connections to rural homelands had in driving the nature of the Covid pandemic in South Africa.

The third – and perhaps central – framework of Covid and Custom in Rural South Africa is the stark contrast between the South African state’s policy choices and the experiences of rural communities of the Eastern Cape. As Bank and Sharpley note, “the state opted for one of the toughest lockdown regimes in the world”. These restrictions were so heavily policed that by February 2021, 411,309 people had been arrested for breaching them, according to the minister of police. Nevertheless, these stringent policies – far from protecting South Africans – led to far and away the worst Covid statistics on the continent.

Bank and Sharpley’s book bravely seeks to examine why the lockdown model failed so atrociously. Their answer lies in South Africa’s unscientific importation of an inappropriate Western model. As anyone who knows the African continent realises, lockdowns could never work in crowded housing settlements which predominate in urban areas. In fact, incarcerating people together inside could help the virus to spread.

The authors write: “The South African government, encouraged by the private sector, opted for a first-world bio-medical response to the Coronavirus crisis, in an attempt to lead Africa in the world in its response. It could not support this approach scientifically, nor implement it bio-medically, outside of the middle-class suburbs in its main cities … the state knew and understood that the model it adopted could only provide effective care for a small minority of the population … the state understood the disjuncture and contradictions in its policies and approach but nevertheless pushed through with the application of Western models to the enormous detriment of the poor in the country, who died in very large numbers and were generally excluded, marginalised and silenced.”

An interesting element of this argument is that Bank and Sharpley draw freely on Giorgio Agamben’s theories of biopower and states of exception. While Western scholars – inhabiting the biomedical world which they describe – rushed to claim that Agamben‘s critical biopolitical views on Covid policies were hugely problematic, Bank and Sharpley readily see their importance in understanding the tragedy of the South African state’s policy choices. In the Global South, the historical control of colonised and neo-colonised bodies and treatments has long been an essential element of biopower, and it is important that Bank and Sharpley reassert this in their analysis.

Covid and Custom in Rural South Africa is thus an important book on multiple levels: theoretical, historical, and analytical. It analyses in forensic detail South Africa’s policy failures and how this led to traumatic numbers of Covid deaths. This did not happen in spite of the Western biomedical practices they trialled but because of them. The South African state preferred to be seen to be practising “good governance” by its multilateral partners than actually offer governance that might assist the majority of its citizens. For a model of neocolonial state capture, one can hardly do better than read this book and consider its findings.

At the same time, the book offers a moving ethnography. The reader is confronted with the trauma of the rural poor in the Eastern Cape, their challenges as presented to the South African state, and their urgent demand for the right to practise their funerary and religious practices to lay their loved ones to rest. In the end, these communities’ success in forcing the government to roll back some of the funerary restrictions offers a moving and important history of the ability of people to restore meaning and justice to their lives in spite of the disaster of the neocolonial pandemic response across Africa.

The revised and expanded 2nd edition of Toby Green’s book The Covid Consensus, now co-authored with Thomas Fazi, will be published by Hurst in January 2023.

Toby Green is a Professor of African History at King’s College London and the author of The Covid Consensus: The New Politics of Global Inequality (Hurst). He is a member of the Scientific Advisory Board of Collateral Global (https://collateralglobal.org)